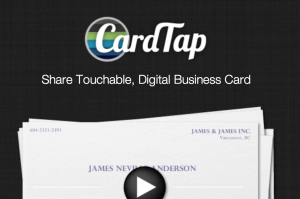 We started with what seemed like the right approach. We are really good friends, and both inspired to create a revolution. We tossed around ideas, and settled on what was clearly a winner.

Quickly we began testing and floating the idea. Was there something there? Did you have a question any market needed an answer for. All signs point to a resounding ‘YES’.

It is a very simple problem, and everyone agreed that the traditional method of sharing business cards was ready for an overhaul.

We began by isolating what would be the Minimum Viable Product (MVP) to test our idea and solution. What would people want the product to have? How would it work? What is, at the very base, the part of the idea that would get people excited about. What do we need to build to get started.

The split of responsibility:

We both have different ideas on how this should be run, so we decided to split according to the amount of time we have to dedicate to the project, and the skills we want to apply here. Mine is the business end. Get people interested in the project. Get “early adopters”. Look for funding.

Jacob is to build the prototype.

We both hit the ground running and really, in no-time we have a number of people excited about the idea. We have a name, “Card Tap” (maybe in the hopes of NFC coming to the iPhone). We have prototype #1, #2, #3… #20. Jacob was fast, and motivated to make this work. It was impressive to see progress go so quickly.

My most recent experience of motivating people through employment had produced far slower results.

Suddenly we started talking about different ways of how the project should rollout. We both realized that we need to reconcile our differences to move forward. Discussion started very happily ended with both saw eye-to-eye. Happy days.

We ended up bringing another partner, Dylan. Someone who was motivated to the marketing and very excited to do the social media. He was well-connected within the business community. We had the perfect partner.

We started showing application to many people. The feedback was almost unanimously positive. Everyone loved the idea, but, we did get some critical feedback. The implementation of the prototype and the technology behind it was really interesting to everyone. The one place where application seem to fall short is the ease of which sharing of the business card was to transpire.

I will take responsibility here, the name and the prototype were disjointed. The name “card tap” implied that tapping would be involved in sharing the business card, after all we did specify in the original conversation that it was supposed to be a “ridiculous easy way of sharing cards”.

We started arguing amongst ourselves on what the best next step was. We had clearly elected a leader, a developer, and the marketer. Suddenly the idea of moving forward had three different opinions and three different solutions. Design by democracy!

We argued about what the next set step should’ve been while we really should’ve just acted. We did select a new name for “Card Tap”, it was rebranded to Cardma. However Jacob and I could not agree on the next step. We both managed to find people who would support our opinions.

After days of agonizing about what the next step should be. I decided that the project could do just as well without me. Clearly my leadership role was not respected. Jacob felt like his input wasn’t implemented. Dylan felt like the brand was falling apart and the project  lacked direction.

We decided to shelve Cardma until a future date. Maybe we will come back and regroup. Maybe one of us will take over the project. Maybe someone else will build the application exactly the way we had imagined.

About the Author
His focus is on creating the best possible content, with the most intuitive interface, and completing every project he has undertaken. Computer engineer by trade, he took an interesting path to get to Kelowna. He has worked with many start-ups, large companies and government institutions all over the world (Vancouver, Winnipeg, Calgary, Edmonton, Toronto, London, Cologne and Maastricht.) From military research for the German Ministry of Defence on an aerial-mounted synthetic aperture radar, to local small business, Will has worked with organizations of all shapes, sizes and colours. Along with his Bachelor of Applied Science in Computer Engineering from Simon Fraser University in Vancouver, Canada, Will has a diploma in Computer Networking, and many industry certifications, including A+, Network+ and MCSE. Quote: I just want to create.
Social Share